March (and the beginning of April) has been a really crazy time for me. We had two breaks from school (Spring and Easter break), midterms, NCAA tournament, and finally we became the National Champions in basketball. Needless to say, there is a reason that the word Madness often precedes the word March. Anyway, I thought I’d share one of the adventures I’ve been on recently where I spent a day exploring Philadelphia!

As you all probably know, I tried to go home during Easter Break to surprise my mom, however that plan failed miserably due to a poorly timed blizzard in Colorado which canceled my plans. While I was upset about not getting to go home, I did get to go on an amazing adventure in the city with my friend Jenny who offered to be my guide for the day since she lives in Philly and knows the city well.

We walked over thirteen miles and visited pretty much everywhere. We went to Old City and saw Independence Hall. We went to Chinatown as saw the Chinatown Friendship Gate. We went to this cute little restaurant where you sit in swings instead of actual chairs and got gelato from some legit Italians. We ended the trip in Reading Terminal Market and had a magnificent cookie and some delicious feel-good food.

Basically, we went everywhere. Here are some pictures I took of our trip below. I know these aren’t the best because I didn’t bring my good camera, but they still show how wonderfully eclectic Philly is.

I took the train from Villanova into the city and got off at Suburban Station. It was supposed to rain so I was a little bit nervous about how the pictures were going to turn out or if we were just going to be rained out of the whole trip. It started off a little cloudy, but it ended up being super humid and hot for the whole day, which I thought was better than being drenched in rain the whole time.

We then toured around the city a bit. We stopped at Rittenhouse Square where we went to a Barnes and Noble to get some books we needed for a mummies essay that was due in a few days. We ended up getting children’s books to write our lit review on and I’m happy to say that I got an A on that assignment even through the book had pictures in it and was directed towards an age group much younger than myself.

After that little detour, we went to a restaurant called The Continental which has the coolest retro vibe. The coolest part was that we got to eat our lunch in swingy chairs rather than seats. How cool is that!? Afterwards we stopped in to get some gelato from this little Italian cafe called Gran Cafe L’Aquila. The ladies who served us were legit from Italy! I got the flavor they suggested which was called Desire and apparently won some taste test competitions. It was creamy and sweet and the berries were divine! I’m not sure what gelato competitions there are in this world, but I really would love to be a judge of that! It was honestly the best gelato I’ve had it a very long time. Jenny got a Chocolate Hazelnut gelato and said it reminded her of Nutella. She ate hers so fast that I couldn’t even get a picture of it.

We decided to burn off those gelato calories by walking the sixteen blocks to Old City to see Independence Hall and then to see the oldest street in Philly known as Elfreth’s Alley.  It was the cutest alley ever and I want to live there (or somewhere like it) so bad!

After a quick stop at Elfreth’s Alley, so I could daydream about my future house, we walked twelve blocks back towards Center City to go to Chinatown and then on to Reading Terminal Market. I’ve been to Chinatown once before because my friends and I went to see Ron Pope in concert at the Trocadero Theatre, but I didn’t see it during the day when we went to the concert. Seeing it in the daylight was like stepping into a different world! There was so much going on and there was so much color in such a small little area. My favorite part of Chinatown is this arch over the road called the Friendship Gate. It’s absolutely beautiful.

Next stop: Reading Terminal Market. This market reminded me a lot of the Pike Place Market that I visited when I was out seeing my brother in Seattle. There was a lot of chaos and food and sooooo many people. Jenny actually ran into her freshman year literature teacher in the mass of people.

While we were there we heard about this place called Hunger Burger and guys, if you ever find yourself in Reading Market, you need to go here. They have the most amazingly positive philanthropy where they give away part of their profit to feed a child in need. And, their food is really great! We also got a massive black and white cookie from one of the bakeries and Jenny said, “that was the best cookies I’ve ever had in my entire life” which I think sums it up pretty nicely.

Processed with VSCO with a5 preset

Processed with VSCO with a5 preset

Anyway, after our cookie and some magnificent fries, we were both exhausted and decided to call it a day. So I hopped back on the train and made my way back to Villanova. The sun looked really cool filtering through the windows as I waited for the train, so I caught this picture below.

So that was my long day in the city. I hope you enjoyed some of the pictures and if you ever are visiting the area, stop by some of these places and check them out for yourself! I’ve tried to leave links to a lot of the stores we went to so you can find them easier if you are in the area!

Keep your eyes pealed in the next few weeks with pictures from the us winning the NCAA tournament and the riots (and fires) that ensued! 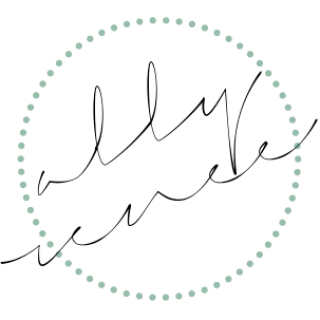